I’m so excited to show you the cover of Book of Watchers. My first New Adult Fantasy. I’ve also included a pre-order link, synopsis, and chapter one. The story is told from three points of view, but I promise you will enjoy it. I almost wrote it in 3rd person, but I much like writing stories in first.

Thank you so much for your time.

Here is the synopsis:

Before the Bible, there was Book of Watchers
Enoch wants to live an ordinary life. He’s content to lie low, skip his college classes, and avoid committing to any one girl. But ordinary isn’t on the syllabus for Enoch because at night, he dreams of demons. Vivid dreams that leave him wanting escape more than ever. When they escape his dreams and attack him during daylight, his reality becomes a nightmare.

(Sorry about the format. I can’t seem to change it and it needs to go through one more round of editing. Enjoy!)

The scent of my own flesh and blood seeped through the walls. I didn’t bother to knock on the door, but instead flicked my wrist to the side. My power tore the slab of wood off the hinges, and I walked in. The family of four became immobile, their eyes wide with terror as they watch me saunter into their lives.

They should be on their knees, bowing, worshiping me, but instead they stared like I was a ghost. Luckily for them, I felt tolerant. After all, I had come to claim my own. A happy occasion indeed.

I didn’t hide my true form, and I supposed I would be horrified if I were human and saw the likes of me. A demon. Over seven feet tall with ripped muscles, I towered over the entire family. But my face, reptilian with hardly any nose and rows of teeth like shark’s—I was a thing of nightmares.

The man pushed his wife and two daughters behind him as if he could save them from me. “I-I did as you asked. Wh-why are you here?” The man stuttered, fear contorting his face.

I tugged on my black leather gloves one finger at a time, watching him squirm. “I told you to bring me your eldest daughter. I waited, but you did not come.”

“I told you I would bring another. It’s only been an hour.” His tone was urgent. Rude.

“It’s only been an hour.” I mimicked him calmly, though I wanted so badly to squash him. I tamed my temper so I could play with him. Making humans feel inferior always gave me pleasure.

When I walked around the sofa to the suitcases by the fireplace, the man stiffened and scooted his family closer to the kitchen.

His plea made me sick to my stomach. No amount of begging would soften my dark heart. Such a fool. He should have run away with his family instead of gathering his material things. No matter, I would have found him either way.

His two daughters, one ten and the other twelve, trembled, but curiosity kept their eyes glued to me. They had never seen me before. But they would know the true color of my soul, and the twelve-year-old would have a new life beginning that day.

I shoved my gloves into my coat pockets and wiggled my fingers. “You’re already late. And you were going to run away and not fulfill my request, so I will take my eldest daughter now.”

“No. Please. Take me instead.” The mother pulled away from the security of her husband and stepped forward. “Whatever my husband’s debt is, I’ll pay it. But please leave my daughter out of it. She’s innocent.”

Right on the nose. It seemed the woman knew her husband gambled and owed me a debt. They still had a home because of my generosity and because he took care of something precious to me.

Bring the eldest, I’d asked. Such a simple task. One he failed to do.

“She’s mine,” I growled. The woman had no idea I had screwed her thirteen years ago, glamored to look like her husband. Of course, she wasn’t the only one. But I had to claim my daughter when she turned twelve and bind her blood with mine, or her powers would not manifest to their full potential. She’d remain human forever.

“I won’t go with you.” The eldest daughter glared, her eyes dark and cold like mine.

Such spunk. So young and naïve. As the scent of her demon blood spiraled through me, I sensed something remarkable. She was surely one of a kind. If given proper training, she would become my greatest weapon.

“A bargain is a bargain, girl. I will get my way.”

The man took something from his back pocket and pointed it at me with a trembling hand. “Please. I don’t want to hurt you. I’ll bring a girl. I need time.”

I narrowed my eyes at him and sighed through my nose. “Nobody makes me wait, human. I do not tolerate a broken promise or threats.”

“I didn’t break my promise. I asked for two hours, but you only gave me one.”

I roared when he raised his voice in defiance. The woman and the girls hunched their shoulders and covered their ears. The man pulled the trigger when I took a step toward my daughter. Palm out, I stopped the bullet. He fired a rain of bullets at me. I froze all of them in midair, inches from me.

His eyes grew larger and his mouth fell open.

I flicked my fingers and redirected the bullets. Two at his knees, two in his feet, and one to his wife’s head. The daughters screamed when their mother dropped, blood seeping from her skull. The father collapsed to the ground next to his wife.

“No. No. No!” He bellowed, unable to move from his injury. The anguish in his scream was palpable. “You’re a monster.” His breath huffed between clenched teeth.

I bent lower, meeting his eyes, and stroked his hair like humans do to dogs. “No. I’m no monster.”

“What are you?” He groaned and clutched at his legs.

“I am the thing you should fear most in this world. I have no soul. I give no mercy. My father was not created by your God, but rather formed in the pit of Hell. As your God represents good, I represent evil. There cannot be one without the other. The angels fear Lucifer, but Lucifer fears me.” My nails grew into blades by my will, and I pierced them through his head.

I shuddered with exhilaration. The metallic scent of blood, weight of death, and the essence of his soul leaving his body gave me the most euphoric feeling. A sensation like happiness, but so much better.

I yanked out my talons, blood dripping from the sharpened tips. The quaking girls held each other, sobbing, as I licked the liquid from one claw and inhaled a deep, settling breath. His blood tasted like sugar. Exquisite.

“Now. You have a choice. Share the same fate as your parents or come with me,” I said to the eldest.

My daughter shook her head. Not a sound escaped her throat.

I grabbed the ten-year-old’s hair and yanked her out of her sister’s hold. She screamed, kicking and throwing sloppy punches. I had no patience left. Tired of their crap, I sank my canines into the crook of her neck and drank her blood while my daughter watched in horror. Then I made her watch me eat her sister’s flesh. All of it. Until only the bones were left.

I had planned to take a few bites to show her how vicious I could be, but the flavor of the girl’s flesh and the honey-sweet blood drove me wild, and I couldn’t stop. Some may say I was too harsh, but I like to make myself clear. Fear makes humans obey me.

“Let me ask you again, child.” I took out a handkerchief and wiped my mouth. “Will you be coming with me?”

I could have taken her without her permission, but I like to think she had a choice. Besides, I might have killed her if she screamed. I hated that sound. A sound of weakness.

Tears streaming down her face, her body shaking, she nodded. She had moved to the corner and curled into a ball. Such a shame she met me on a bad day. At least it wasn’t my worst.

“Good answer.” I shoved the handkerchief back in my back pocket. “My name is Malum. And I am your true father.”

My spirits lifted, and I tried to sound pleasant and not threatening. And for a second, my heart expanded with a warm tingling foreign sensation. Perhaps it was parental love I felt. I wasn’t sure, since I’d never felt such a feeling before. Or perhaps it was joy of finally having found the pure soul I sought, one I would destroy to make her like me.

“You do not need to tell me your name. I’ve been watching you. I’ve always been there,” I told her.

I helped her stand. So small and fragile. But after the ritual, she would become stronger. I had many children, but this one owned my heart. Perhaps a little inch of me felt sorry for killing her family and eating her sister in front of her, an image she would never be able to erase. I would have to make her forget . . . all of it. No family to recall. It was better that way.

“Don’t cry, Liana. You’ll have all the riches in the world. You’ll rule beside your brothers and sisters. And soon, everyone will bow before us. Now let me see your wings.”

When she hesitated, I let out a warning growl. She shuddered and released a strange annoying human sound.

I tightened my fist and sighed to release my temper. “It’s okay. I know you have them. I have them too.”

I slowly expanded my ebony wings to fill the whole room, knocking over a lamp and few other insignificant human things in the process. Her eyes grew wide and her tears stopped. She released some feathers, and then with encouragement, the rest of her dove-like wings opened.

“Beautiful. Now pluck one of your feathers and hand it to me.”

She had no idea taking out a feather would be painful, as if one of her limbs had been broken.

When she did as I asked, she screamed. Windows and everything that was glass shattered to bits.

I scooped her shaking body in my arms and tucked her close to me. “Good. When you listen, I don’t get mad. Remember that. The pain will go away soon.”

Then I wrapped my wings around her and bolted through the roof. 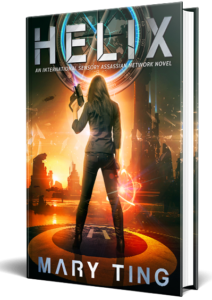 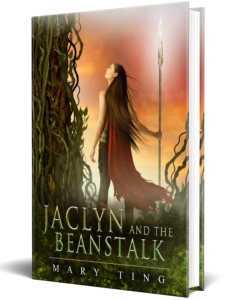